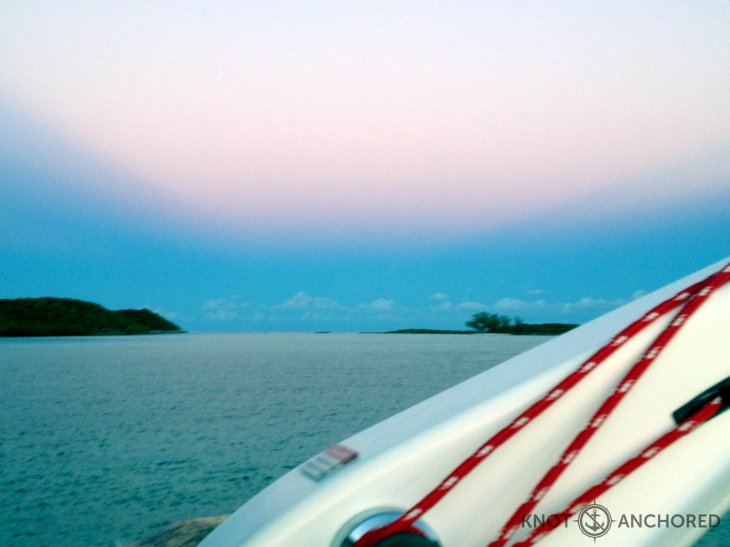 We love a good sunset. Sometimes capturing it can be a challenge. This is what ours looked like at Rose Island.  Looks like a weird camera flaw right?  It’s not that’s exactly what the sky looked like.This is what the sky ended up looking like – just doesn’t get old! 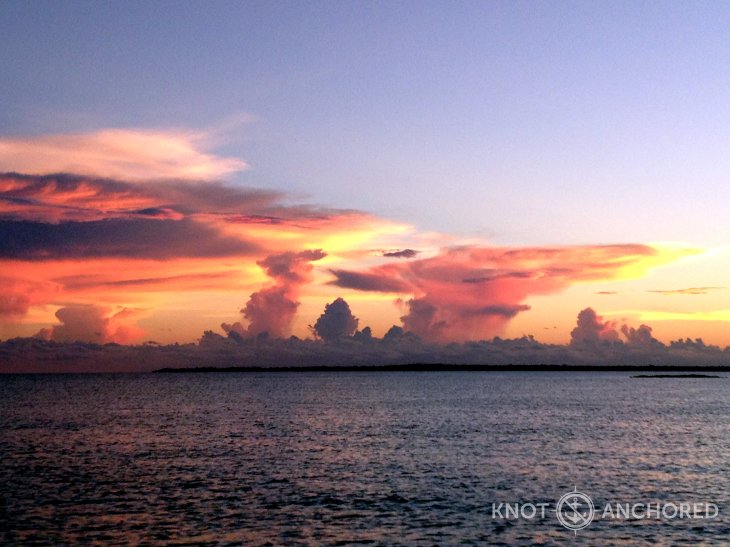 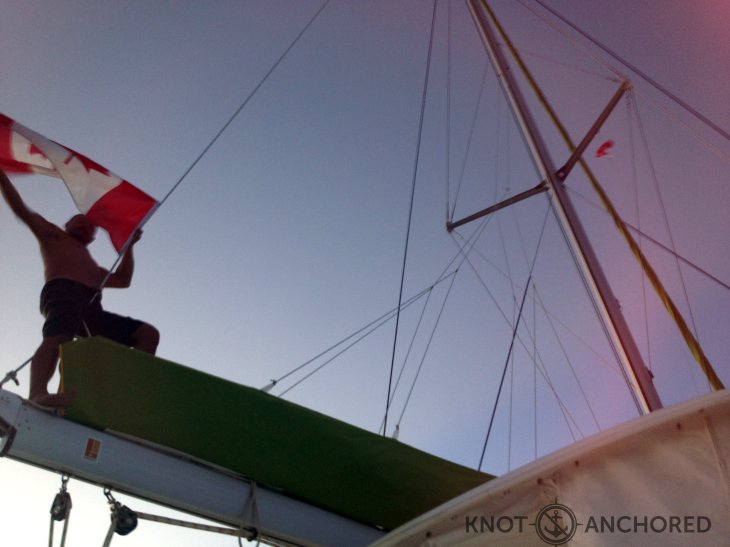 And now we’re not! 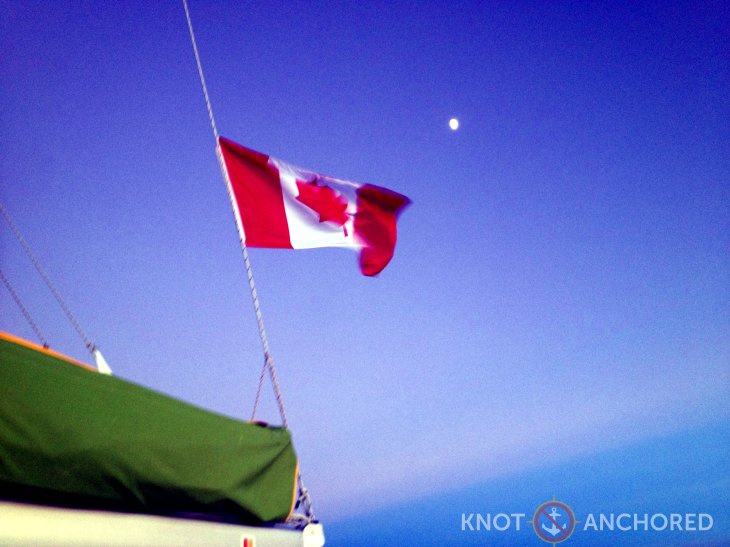 The work continued, changed the port engine alternator (Thank goodness Steve ordered parts for backup) actually Steve ordered $3k in extra parts which sounds like a lot but here it’s like 5 x that if you can find it on the boat in Salt Cay

This was a beautiful anchorage. So calm and sheltered that I woke up early and did yoga on the trampoline of Knot Anchored. Wow. Best open yourself to the sky practice EVER!

So here we are anchored off in a beautiful peaceful anchorage near Atlantis and Steve’s in the engine compartment changing out the alternator and hey since he was already 5 feet under the deck why not change the oil in the sail drives (yes of course we are outfitted to do complete oil changes pfft!)

This project started out with “Hey I’m gonna check the oil in the dinghy (that has no air)”.

And then became so much more!  Did I mention that Steve also performs miraculous dinghy transplants since we only had the glue to make repairs not the patches?
Well he did!
Once we got out of there we were behind schedule to get to Norman’s Cay. That was the origin but daylight did not permit it we decided on Allen’s Cay.

1st anchorage looked awesome but one too many unforgiving rocks surrounding us in tight quarters.

Secondary anchorage was right next door to some local fisherman. I’m sure they thought that was … interesting.

As night fell we looked up to the sky – shit there were those clouds again.
Nah couldn’t be THOSE clouds AGAIN.

Steve: winds gonna blow that right out of here.
Me: okkkkkk
Me: has the anchor moved?
Steve: nope we’re still in our little box on the chart plotter we haven’t moved, much…

Ok so it’s gonna blow over.

Then I see Stevo humping the 2nd anchor out, and then that cold weird one off wind came back.
This time our only worry was the anchor holding.

We were not out with our sails flying, others though were as we heard on CH 16 (the CH we all listen to, it’s the sailors version of the internet.)
One Captain came across ‘Yeee Haaa’!

As we sat and watched our little boat icon on the chart plotter the rain started and whammo the wind climbed FAST.
Lightening was blinding.
We got to 42 knots that night but wow what a difference waiting out the storm rather than out in the open ocean.
Hey sometimes you don’t have a choice, if you’re out in the open when something wicked this way comes you have to ride it out and Yee Haw it’s quite a ride!

Anchor held, not the best sleep but we’d rather be tired then shipwrecked!

Fixed more holes in the dinghy – that was fun.

Almost holds air now – still have to pump and ride but not nearly as much.

So we went to see the Iguanas.

There were lots. Roughly the size of Weiner dogs. Hence the paddle.  Hey if they made a move at us we had to have SOME kind of plan right?
They didn’t so it was cool.

Not really a great island to explore because the Iguanas are everywhere and they move fast and erratically and it freaks you out.
Well me anyways.
Apparently the high speed boats from Nassau bring folks here to feed them.
So these guys come rushing out of the brush every time they here a motor and stare at you.

Well we stared back because we didn’t know what they ate and didn’t bring anything.

Checked out some ruins (on one of the iguanaless islands!)

Here’s the view from the ruins – we could see the boat. 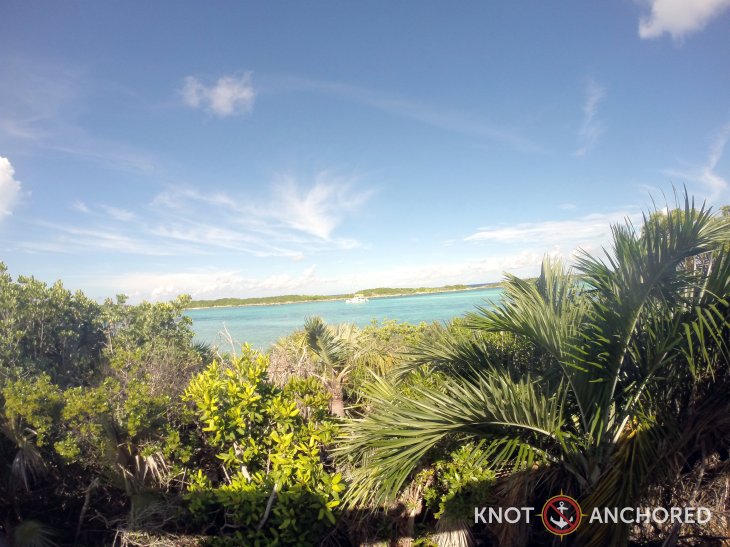 This pic was funny cause someone had spray painted ‘Steve was here’ so it only made sense to take the picture with him in it right? 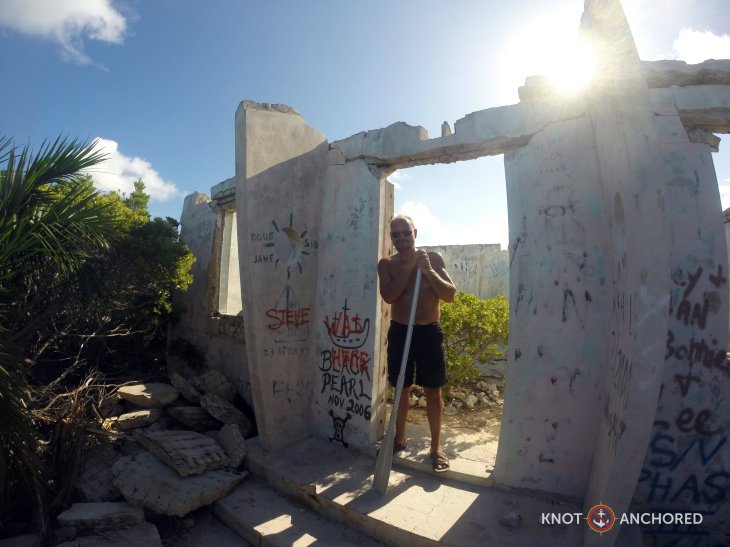 Old guy was cool. Had to be in his 60’s, gold tooth, torn up old get about with what probably used to look like a compressor on board used for diving. We thought our kids put a number on the tinny back at home, that was nothing! There were huge chunks off the side of his boat and fiberglass hanging out.
Anyways he was thankful and returned later that morning with 2 fresh thank you lobster tails YAY!!
So we grilled em up! 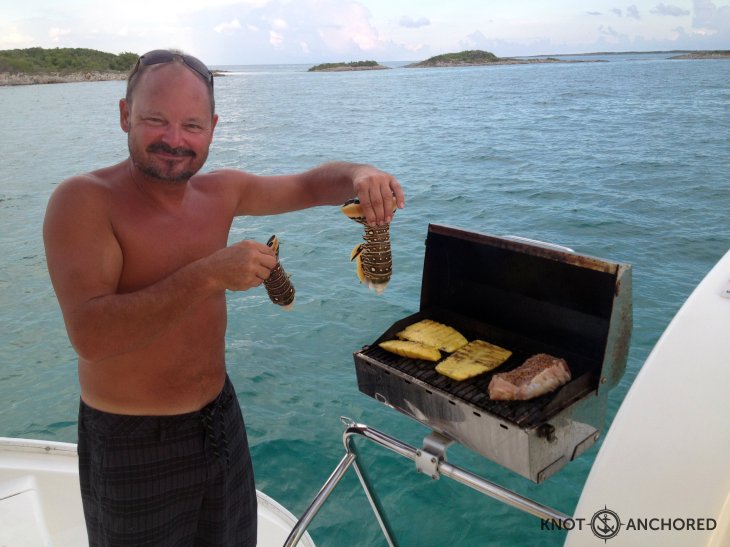 And of course ate em up!

That was Allen’s Cay next stop was Highbourne Cay. 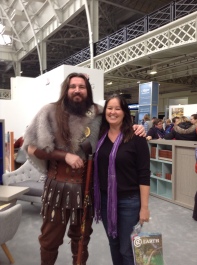 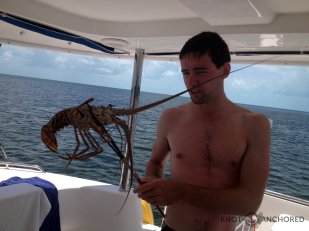 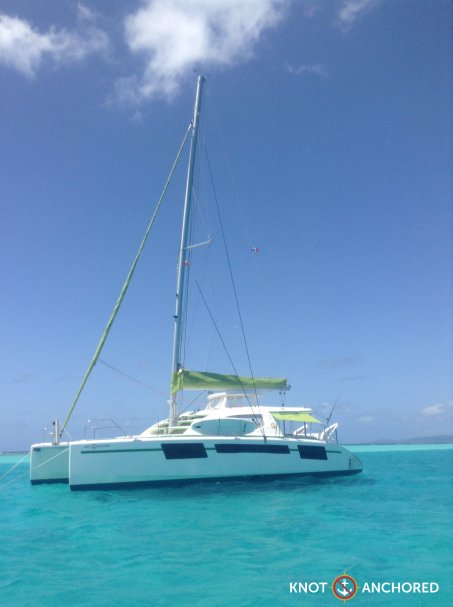 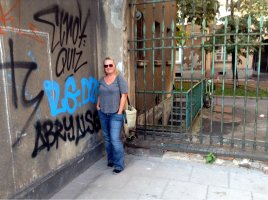 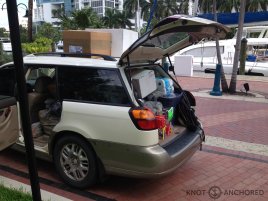 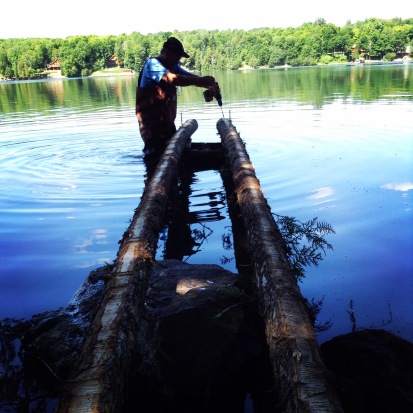 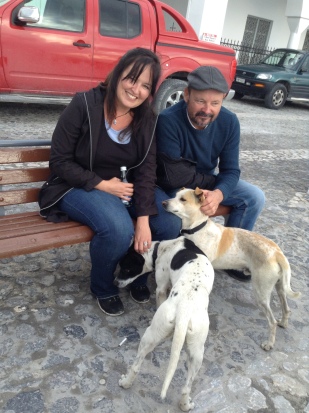 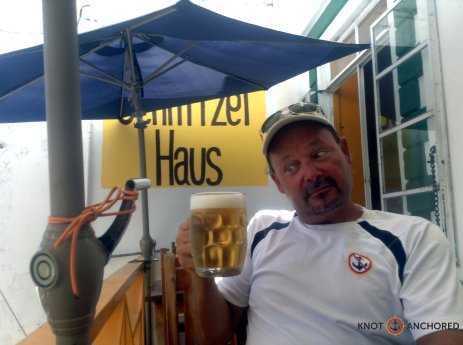 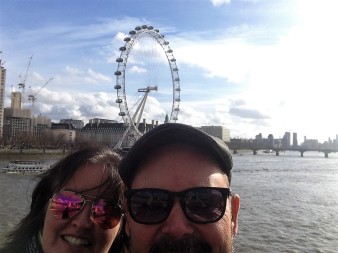 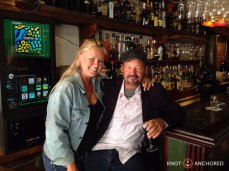