A weekend in Turks and Caicos eh – how awesome is that.
This was one of the places we actually bothered to take time out and be tourists.
We came.
We saw.
Now it was go time again.

To leave Turks from the south side you have to cross the Caicos Bank.
It’s kind of like crossing a sparkly turquoise version of the desert or the prairies.
Seven hours of shallow blue water.
Basically the picture above for 7 hours.

Beautiful but boring, no fish, no land just shallow water.

The going was slow.  We could have waved goodbye to our friends for 5 hours and we did on and off,
‘Hey, I think I see Terry and Steve’!
‘Is that Vicky and John in the gazebo?’
Now that’s FLAT.

You’ve probably noticed we speak often of clouds and that maybe that’s all there is to do when your out in the ocean…stare at the sky and maybe a cloud will happen by.
Not so.

What happens is at times they DEMAND your attention.
Leaving Turks was a great example of that.

As we cleared the banks there appeared to be a system hammering the island. 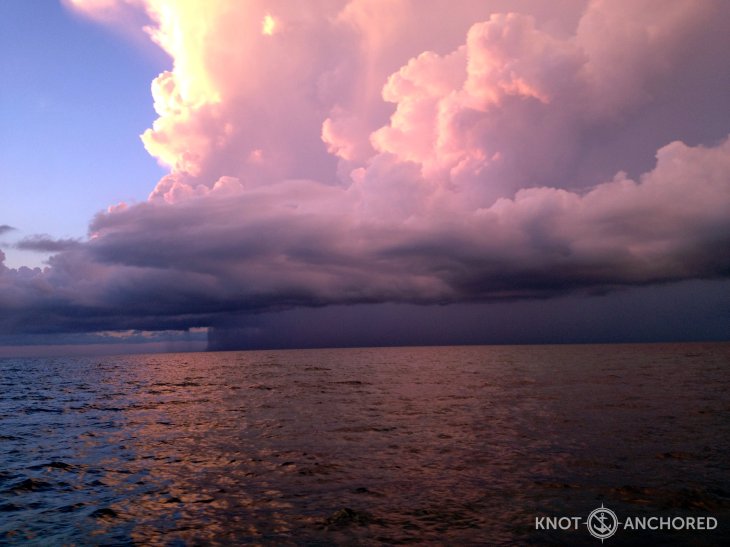 It was actually 3 systems all really close together and the line of black sky and rain was well defined.

So now the cloud watching begins.

Now this was a sky filled with drama.
Will it shift this way?  Cause that would suck majorly.
Oh man we’re in for it!

The storm started so far away, towered up and then started spreading out – reaching.  As if to say “where do you think you two are going”?

I took this pic lying on the very top level of the boat by the helm facing the sky.
It didn’t look good for us. 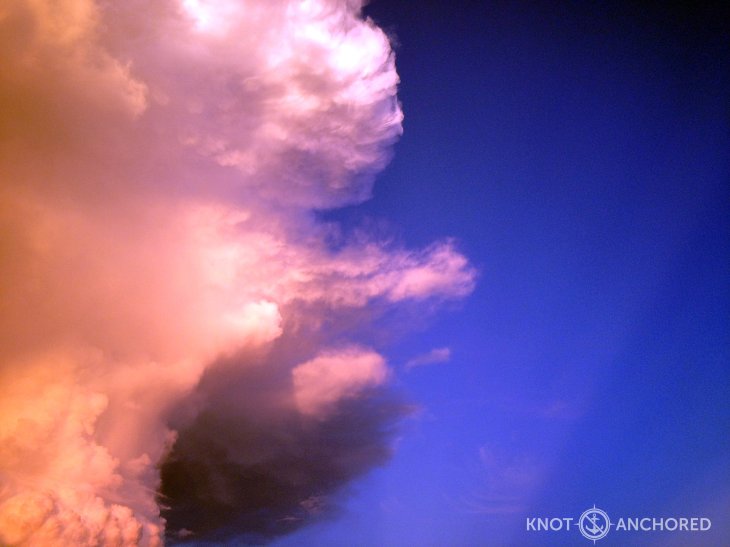 But then it passed and we were clear. 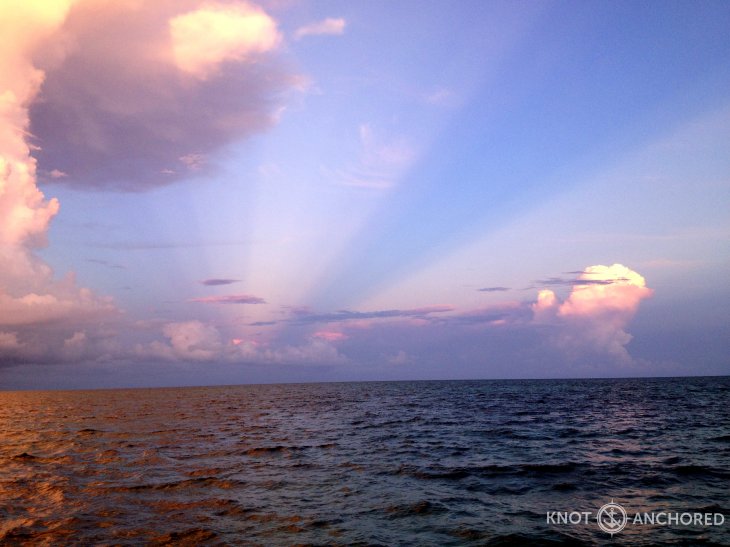 It felt like we had won the weather lottery!

The Atlantic Ocean decided to kick our *%$ that day.

Sailing, is very rarely (in our experience) a straight line destination.
You zig.
You zag.
The wind changes.
You zag.
You zig.
Sometimes, the show stops and you’re at a complete stand still.
If you are the type of person that likes to stay on a set schedule with routes, timelines and whatnot.
DO NOT TAKE UP SAILING!
Seriously.

Luckily Stevo and I roll with the punches.
Some of our most memorable experiences came from a forced change of plans out of left field.
It’s a plot twist, we just go with it.

Our destination was Ocean World Marina, Puerto Plata Dominican Republic.
Highly recommended and affordable.
There was no way we were going to make it in daylight.
Even the zigzagging (ok tacking) was getting us actually nowhere.

The winds kicked up to 25 knots.
The waves were 8 feet.
It was sunset and we had to make a decision.
Ocean World was tagged out.

Luperon here we come.
Luperon is a well known hurricane hole in DR.  It’s popular for that and that alone.
Has been referred to as “Pooperon” as well.
The water is very murky here – for whatever reason, ya probably the bad reason.

Sooo we took the sails down (learned our lesson last time caught with them up in 42 knots) and started dieseling through it.
The waves were coming at us – this was not fun.

“It’ll calm down once the sun goes down”.
SLAM the boat dives into a wave.

After 2hrs of this the blender took a swan dive to the cabin levels and shattered into literally a gazillion pieces and shards.

Well it would have to wait.  If I went down there at that point it would have looked like a scene from Carrie coming back up.
Not worth it.

After another 2hrs of this slamming and banging it was not letting up.
No breaks (except the blender).

Here’s how the next 4hrs went down:
– Slamming into troughs and crashing through waves.
– Waves started coming into the helm (which is high).

EIGHT very long hours of this. 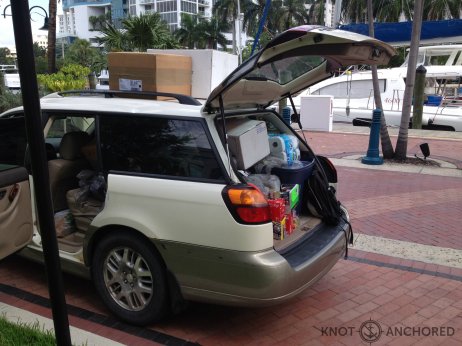 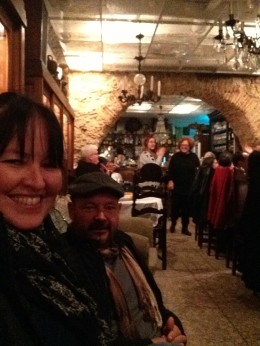 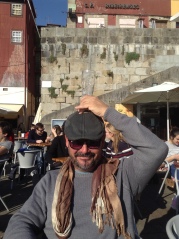 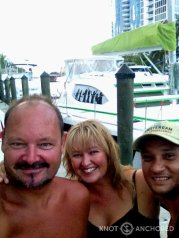 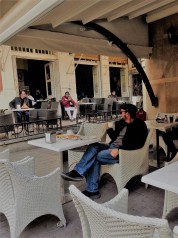 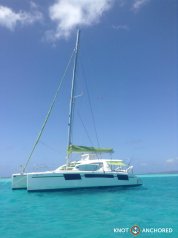 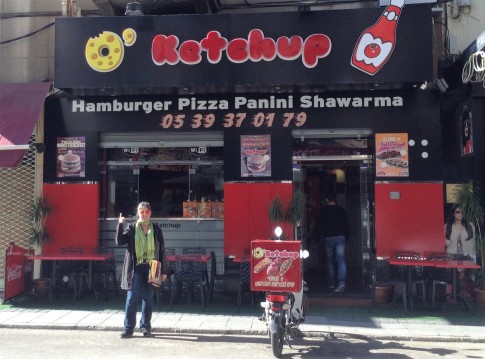 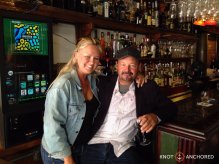 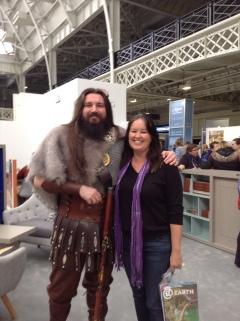 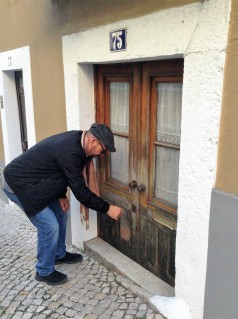 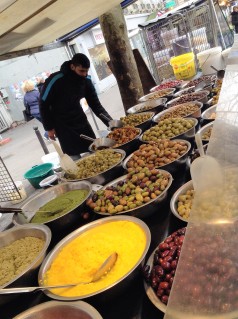 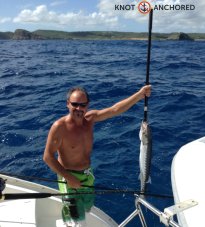